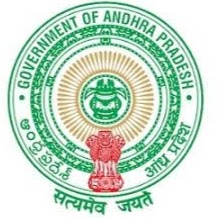 ORDER:
In the reference 1st read above, orders were issued declaring the bonus for the triennium from 01-04-2008 to 31-03-2011.
2.       In the reference 2nd read above, the Director of Insurance in his letter has proposed for declaration of bonus for the triennium from 1.4.2011 to 1.6.2014 based on the report of the Actuary.
3.       After considering the report of the Actuary, and the recommendations of the Director of Insurance, on the results of Valuation of Andhra Pradesh Government Life Insurance Fund for the period from 1.4.2011 to 1.6.2014, Government hereby permit the Director of Insurance to declare the following bonus.
a. A simple reversionary Bonus of Rs. 100/- per thousand sum assured per annum be allotted for each full month, during which the policies were in force between 01.04.2011 to 1.6.2014, in respect of policies which were in force on 1.6.2014. However, such of these policies which resulted into claim by death or maturity on or after the declaration of previous valuation results (for the triennium 01.04.2008 to 31.03.2011) and before the present valuation results are declared, are not allowed any bonus now as they were settled on the basis of interim bonus at the rates recommended in the previous valuation report.
b. In respect of policies which become claims by death or maturity on or after the date of declaration of present valuation results and before the next valuation results are declared, interim bonus be allotted for each full month for which such policy is in force during the period from 02.06.2014 to the date of death or end of the policy as the case may be, at the rate of Rs. 100/- per thousand sum assured per annum. In respect of policies surrendered during the above period, interim bonus is paid provided the policy is in force on the next valuation date also i.e., interim bonus is not paid for the broken period of a valuation triennium.

4.       The above bonus rates shall be applicable to the claims arisen on or after the date of issue of this order.
5.       The Director of Insurance, A.P., Ibrahimpatnam shall take necessary action in the matter accordingly.