Engagement of Acadamic Instructors in Upgraded Urdu UPschools for the year 2018-19 and Honororium Details ,Rc.423

It is to inform that the Government of India has approved the 220 Urdu Primary schools into Upper primary schools with an additional budget Rs. 5349 lakhs for 660 additional class rooms and sanctioned 660 School Assistant posts in the reference 1St cited. The commissioner of School Education has up graded 220 Urdu primary schools into Upper primary schools in the reference 2nd cited. The State Project Director ,APSSA, has submitted a proposal to the Government to appoint 660 teachers in the Upgraded schools in the reference 3rd cited. Mean while the State Project Director had made an alternative arrangement to teach classes for these up graded schools, the State Project Director, APSSA, had given guidelines to the District Educational Officers and District Project Officers to engage the Academic Instructors in the Up graded Urdu schools to teach the classes till the appointment of permanent teachers in the schools as an alternative arrangement in the reference 4th cited. The up gradation orders and Academic Instructors engagement orders already reached to the M.E.Os in the month of January 2018. In view of this some of the parents have requested the authorities that they will admit their children in the beginning of academic year 2018-19. Hence some Urdu schools have upgraded and started 6th class, engaged A.I.s. and terminated after completion of the academic year 2017-18 in the month of April 2018. 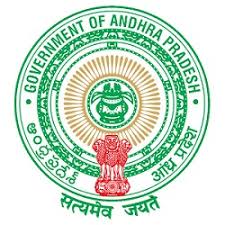 Further inform that regarding recruitment of the 660 teachers in upgraded Urdu medium schools, the Commissioner, School Education, has submitted a proposal to the government to accord sanction for creation of 660 School Assistants ( Maths /Science 220 S.A.s, 220 Social Studies S.A.s and 220 S.As (Urdu Pandits in the time scale of Rs. 28940- 820 — 73270-1880/- in the reference 6th cited. All the District Educational Officers and Project Officers in the state are directed to take necessary action to engage and payment of honorarium to the Academic Instructors in the following guidelines for the year 2018-19 and conduct the classes for the up graded upper primary Urdu medium schools. • The Academic Instructors who have been appointed in the year 2017-18 may be continued on the basis of their performance. + All 220 Upgraded Urdu medium schools have to open 6th and 7th classes and engage Academic Instructors as per the requirement/need immediately. • The Guidelines for engagement of Academic Instructors are same which have given been in the year 2017-18 in the reference eh cited. + The Academic Instructors engagement process has to be completed by 30th June 2018 and the A.l.s have to engage the classes from 1" July 2018 onwards. C. Submit the compliance report to on or before 30th July 2018 without fail.
Next Post Previous Post
No Comment
Add Comment
comment url
Latest Info,Teacher Related